As the rain swept in across the North York Moors the other evening, and I took shelter in the lee of Skelton Tower, the thought struck me that nobody knew where I was.  I was alone, except for my dog, in a reasonably remote location, with no phone signal, and at least a mile from my car.  I had also changed my mind about where to go after I had dropped my wife off at her Salsa class, and she was under the impression I was heading somewhere quite different. 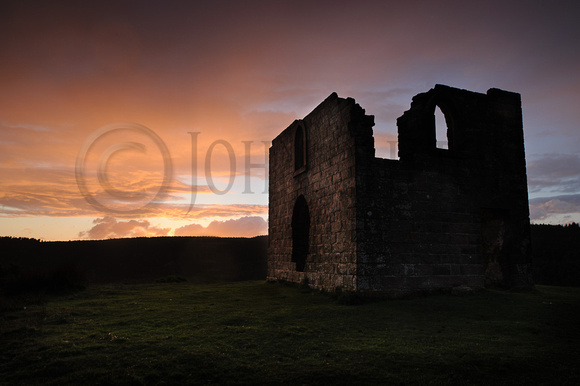 Twilight at Skelton TowerSkelton Tower is the remains of a Victorian hunting lodge that stands above Newtondale, on the North York Moors. It is a great vantage point for watching the trains on the North York Moors Railway heading North to Whitby or South to Pickering. This shot shows the Tower just after sundown, on a day when squally showers rattled across the Moors - lenidng a 'milky' quality to the dying light.

I was in absolutely no danger, but it reminded me of a chat I had recently with Richard Burdon, of RJB Photographic.  The conversation went along the lines of:  ‘it’s what we do isn’t it…head out, often on our own, into remote places and often at the beginning and end of the day…if anything happened to you there would be little hope of anyone coming to help..’

Now don’t get me wrong, I was not concerned, in fact I absolutely loved being out alone in the fast fading twilight.  And the leaden clouds rushing in filled me with hope that I would get that ‘special light’ that seems to happen after rain.  But I also realised that, not for the first time, I had just broken a fundamental rule of hill safety - tell someone where you are going..!

Thoughts like this have fed into the creation of ‘MOORSVIEW' - a one day seminar on landscape photography with the following aims:

MOORSVIEW has been put together in partnership with Neil Armstrong - of Trailblazer Outdoors, in Pickering.  Neil is a long standing member of Scarborough & Ryedale Mountain Rescue Team (SRMRT) - who will be providing the safety sessions on the day.   SRMRT will also be the beneficiary of funds raised by the event - as part of it’s 50th Anniversary Appeal.

Who is involved with MOORSVIEW..?

I am very grateful to a host of local people and businesses who are helping to organise MOORSVIEW.  Some sessions will cover hill safety for landscape photographers, as well as the choice, use and maintenance of relevant outdoor gear.  But the core of the day will be a series of inspirational talks by some fantastic local landscape photographers:

David Ward - Into the Light 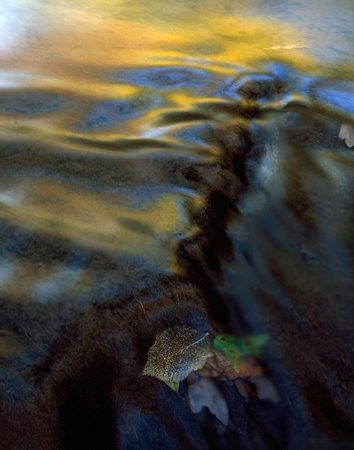 'May Beck' by David WardFor me, reflected or “borrowed” light is the stuff of magic. Here, a sunlit, autumnal silver birch graces the surface of the stream with a glorious golden glow (alliteration always acceptable!)

David Ward is one of Britain's foremost landscape photographers. His eye for shape and form is without equal and produces work that is startling in its clarity and intensity.  David also writes about the philosophical side of photography, and leads workshops for Light & Land, and Into the Light - often with his long time friend and collaborator Joe Cornish.

David says:  “It’s very hard to define one’s own style but people have told me that my photographs are distinctive for their graphic simplicity and technical quality. I am particularly drawn to making abstract, intimate landscape images and my work is informed and inspired by many of the great American landscape photographers of the last century.”

‘David Ward’s camera looks deep into the landscape; revealing texture, detail, rhythm and subtleties that most of us miss.’ - Joe Cornish

‘In the world of landscape photography there are many practitioners but precious few masters. David Ward’s compositions are artful and compelling.’ - Keith Wilson, Former Editor of Outdoor Photography 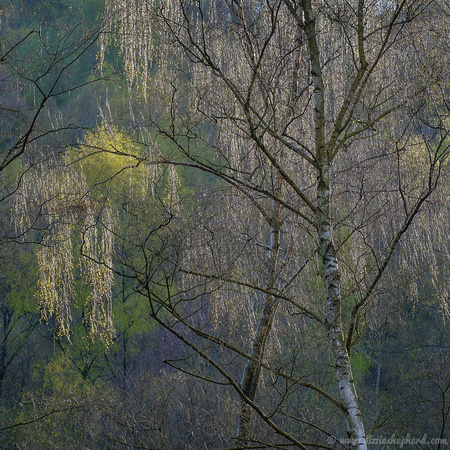 Lizzie is a professional photographer specialising in landscape, nature and travel photography.  As well as taking beautiful images, she offers small group workshops and one-to-one tuition on photographing the North York Moors and Coast.

Lizzie says: “I am fortunate to live in one of the most amazing parts of the country and love nothing more than getting out into the Yorkshire countryside. We have some spectacular scenery in the Dales, on the Moors and on the Yorkshire coast, as well as in some of the lesser known areas in between. As I get to know these areas better and better, I find myself increasingly drawn to capturing the hidden landscape.

Beauty and intrigue surrounds us and I hope that, as well as showcasing some of our classic views, my photographs reveal a little bit of the less obvious, hidden scenes - things that people might otherwise just walk by.”

Lizzie’s work is currently on display in the Joe Cornish Gallery in Northallerton, and she also participated in the North Yorkshire Open Studios programme for 2015.  She is a regular contributor to Outdoor Photography, TGO magazine, On Landscape and Landscape Photography Magazine. 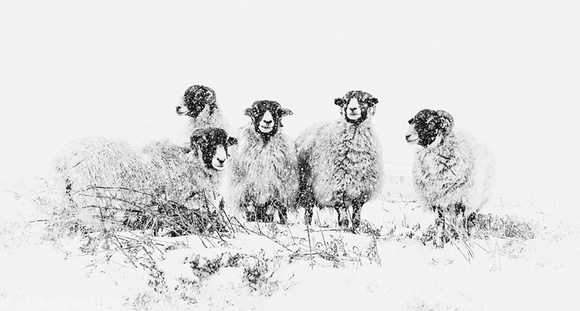 'Moorjocks' by Richard BurdonA group of hardy Swaledale sheep (Moorjocks) peering out of the blizzard on Two Hows Moor, near Goathland

Husband and wife team Richard and Janet are based in Pickering, but are drawn to wild remote places like the North York Moors and the rugged Yorkshire coastline.  Both are past finalists in the Landscape Photographer of the Year and also the Scottish Nature Photography Awards, and their work is regularly featured in exhibitions in the Ryedale area and beyond.

Their presentation at MOORSVIEW will tackle the thorny issue of establishing an individual ‘identity’ or ‘style’ in landscape photography.  Beginning with colour, Richard will discuss how their exploration of minimalist monochrome work - particularly in winter - has been inspirational, and led to a certain ‘brand identity’ for RJB Photographic.  Janet will also be speaking about her journey into Infra-red photography - from initial beginnings using infra-red film, through using adaptors on an un-modified digital camera, and on to the present day using a modified DSLR .

Richard and Janet’s work is available direct from their RJB Photographic website, is currently on display at Belmont Studios, in Wrelton, and is also stocked by many local galleries.  They also offer small group workshops, photowalks, and one-to-one tuition. 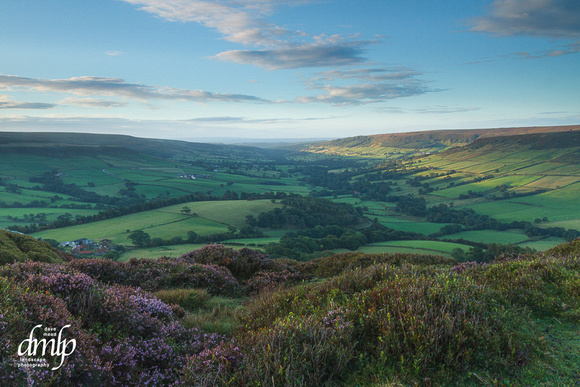 Dave is a farmer in the beautiful valley of Farndale in the North York Moors National Park.  Photography has been his main hobby for the past 15 years or so, starting with an Olympus 'point & press' digital camera before progressing through various models of Canon SLR to the 5D Mark III.

In recent years Dave has been lucky enough to travel to both the Arctic and the Antarctic with his camera, but his main inspiration remains the immediate area around where he lives - and that will be the focus of his presentation.  Dave says: “My idea of happiness is to be sat on the moor above Farndale, camera at the ready, waiting for that elusive evening light to pour forth upon the scene in front of me. Managing to capture that scene, to do justice to it in an image that I have made, is a buzz that takes some beating”. 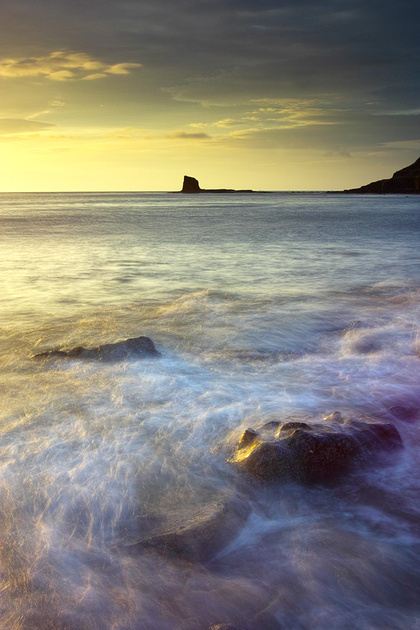 'Saltwick Sunrise' - by Karl HoltbyThe alarm was set for 4:30am, but due to the coastal wind buffeting my tent all night I'd hardly slept a wink. Waking up at 4am I decided I may as well make the short journey from Robin Hood's Bay, to Saltwick bay and set up in good time. Bleary eyed I walked down the steep path to the beach, the fresh smell of seaweed helping to awake the senses. Walking over slippery rocks, with bladderwrack popping under foot I set up and waited for the sun

Karl is a photographer with a particular interest in the natural world, landscapes and fine art photography. With a background in conservation, it is often the ecological detail that intrigues him.  This, along with man’s influence on the landscape is what captures his imagination, as much as a stunning vista.
Karl is often out ‘biking and hiking’ on the North York Moors, and will bring the photographic lessons learned to his presentation.  In particular, he will discuss his use of lighter weight, more compact cameras such as the Sigma Merrill and Sony A7R.  Karl is currently involved in collaborations with Sigma Imaging UK, and also for Manfrotto - writing articles for websites and social media.
Karl has exhibited widely, most notably at the Joe Cornish Galleries, in Northallerton.  Karl has a varied portfolio of commercial clients and he now runs bespoke workshops.
John Clifton - PC Photographic 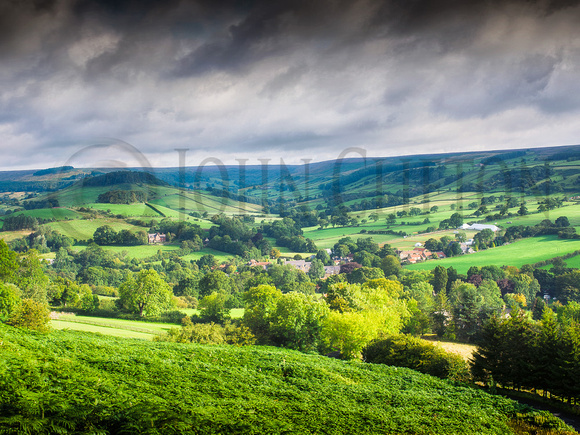 I have taken photographs of all sorts of things since I was a child, but my landscape work largely emerges from my passion for walking.  In fact it is rare that I go out just to take photographs.  Rather I tend to happen upon a great view or an interesting detail when out exploring the ups and downs of the North York Moors National Park.

I tend to be drawn to the dramatic in my photography - think big skies, dramatic weather, and sweeping vistas with distant horizons.  I am sure this reflects my arts and literary background - my viewpoint being coloured by the likes of Constable and Turner, the Brontës, Ted Hughes, Simon Armitage, even Thomas Hardy and Shakespeare.

Despite this taste for the grand, I am also fascinated by the details of nature.  The intricacy of a seed head, the transformative power of hoar frost, the elegiac beauty of a decaying tree - things that are sometimes overlooked, but are leant significance through photography.  Of late my interest in experimental techniques has also been revived - using abstract and impressionistic images in an attempt to capture the emotional or psychological effects of a particular place.

In addition to my PC Photographic website and Facebook page, you can find my work on display at Pickering Gallery, Pickering Tourist Information Centre, Dalby Forest Shop, and The Helmsley Brewing Company.  In the past I have had prints accepted for the Joe Cornish Gallery's Summer Open Exhibition, and the ‘Your Place’ Exhibition celebrating the 60th Anniversary of the North York Moors National Park.

How do I book a ticket for MOORSVIEW..?

MOORSVIEW will take place on Saturday 31st October, at The Kirk Theatre, Pickering.  Day tickets will cost £60 - including refreshments, and a buffet lunch provided by The Black Swan, Pickering.  Book your place now by following this link to the Events Section of the SRMRT website:  http://www.srmrt.org.uk/events/moorsview/

In addition to the speakers highlighted above, there will be a display of outdoor gear by Trailblazer Outdoors - featuring Paramo Directional Clothing in particular.  All ticket holders will also be entered for a prize draw, to take place at the end of the day.  Prizes are still being pledged, but already include a framed landscape print by one of the speakers, a half-day of 1 to 1 photographic training from another, and a range of valuable outdoor gear.

Watch this space for further details about MOORSVIEW.  It is shaping up to be an inspirational, and above all 'useful' event, dovetailing the artistic with the practical aspects of landscape photography.  We hope that it will also raise awareness of the photographic opportunities offered by the North York Moors and Coast, whilst hi-lighting the need for adequate preparation before heading out into the wilds..!